Proof copies arrived! Countdown to the launch of Book Two in the Orrleth Fantasy Series, Orrleth: Burning Cold in April… 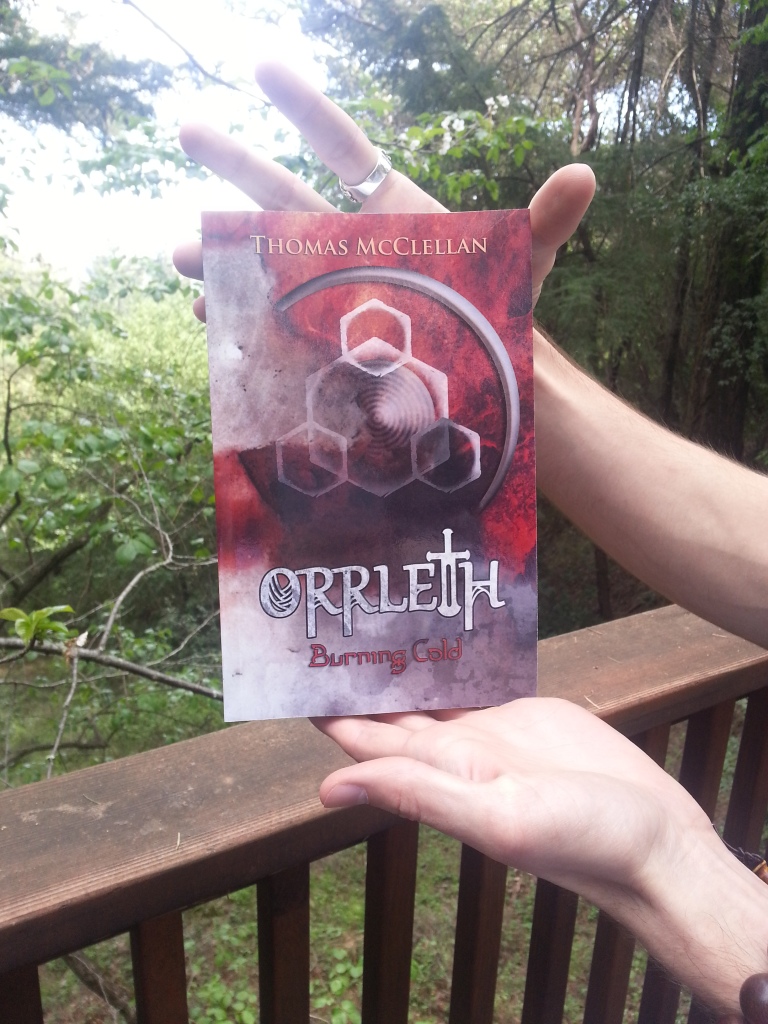 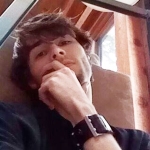 American Author of the Fantasy Adventure Series, Orrleth, Thomas McClellan was born in San Jose, California.  A resident of the San Francisco Bay Area, he has lived in many parts of the U.S., as well as volunteered abroad for two years in the Nagoya region of Japan.  Thomas is currently working on his next novel in the Orrleth Series.  For book information, updates, and media inquiries, visit our Orrleth Series,  Media, Buy Books, or Contact pages, as well as Follow the Author on Facebook, Goodreads, and his Amazon Author Page.

Winter fast approaches as Tyrus and the rest of the Lost Pack continue their adventures in Book Two of the Orrleth Series, Burning Cold.

The end of the school term draws nigh, but events take a turn for the worse.  Chaos ensues at the Academy as both students and faculty go missing.

Now acquainted with his role to be First King with the magical sword, Frostsinger, Tyrus is swept away from the people and places he has begun to love and accept as his own.  Consigned in battle against foe after foe, he must face them all while fighting against the most dangerous opponent he has encountered thus far—himself.

Placed at a crossroads between the Path of Snow and the Path of Blood, our hero races against the clock to tame the beast within while solving the mystery of the kidnappings.

“I, Tyrus Savage, will right the wrongs of this world.”

Please join in the conversation with Part Three of an interview series with Thomas McClellan, author of Orrleth, Volume One of the Young Adult Fantasy Paranormal Adventure Series, Orrleth.

The Fnir are such an adorable respite in the story; they possess a hidden quality.  Is there a deeper meaning for them as characters than one would notice at first glance?

Thomas McClellan: The Fnir are, as mentioned, a respite from the chaos and darkness of Orrleth.  No longer in possession of a physical body, their spirits continue to live on in the snowy mountains.  A true cause cannot be stifled with death alone, and the grave ends nothing.

Every Fiction Author digs into their own reality in creating a story.  Is there something you’d share from your own world that made it into Orrleth?

TM: I drew many things from my own world and put them into that of Orrleth, but the most robust would be that of the brotherhood within the Lost Pack.  Taking experiences and stories from life with my own brothers, I carefully recreated it all in another world.  The petty bickering and unique terminology to the powerful bond of family—all of it is written at least in part throughout the book.  My own family is already interesting enough, so very little tweaking was needed to provide readers with a cast that would entertain in some sense of the word.

Any hints on what comes next in Book Two?

TM: As mentioned earlier, Lospeck becomes more a person of interest in Book Two, though I might be getting ahead of myself.  Either way, much of what is to come deals with Tyrus Savage, Myeu Ansi, and the two’s relationship.  Tyrus must choose between many paths, and his trust in Myeu will be brought into question.  The second book will be the crux of their love and a test of Tyrus’ devotion. 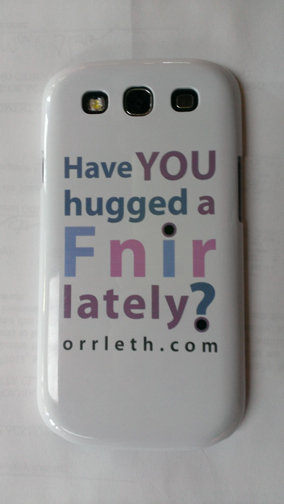 How many volumes do you anticipate/estimate will be in the Orrleth Series?

TM: I originally intended for there to be only four books in the Orrleth series, but as I was writing the second book, I realized that what I had hoped to be one book was far too long.  Rather than trying to mash the two major climaxes between the same covers, I decided to make the stories into books of their own.  As of now, I intend for there to be five books, but the same issue could present itself again in future works, so nothing is for sure.

You’re invited to post/send me questions about the book, or my writing process for following sessions.  There are copious amounts of secrets in the world of Orrleth.  Suspicions often lead to truth.

Please join in the conversation with Part Two of an interview series with Thomas McClellan, author of Orrleth, Volume One of the Young Adult Fantasy Paranormal Adventure Series, Orrleth.

What is the role of the Four Kings, in terms of hierarchy, purpose, and/or influence?

Thomas McClellan: The Four Kings are supposed to stand for the four pillars of the world, including the four basic cardinal directions.  Each has their own quadrant of the planet, but the four together are united as one in purpose for the sacred cause of protecting all of Orrleth.  Compared to the traditional notion of a king, the Four Kings of Orrleth differ only slightly.  The rights and responsibilities resemble traditional notions, but the Four Kings are chosen by quality of character, not strictly by birthright alone.

Which character was the easiest to craft, and why?

TM: Tyrus Savage was by far the easiest character to craft, seeing as he was based on many of my own emotions, ideals, and thought processes to the best of my ability without completely driving readers away from the book.  [Laughs]  His balance of neuroticism, calm, and rage stem from yours truly.  There is very little else to say on the matter, since I have already revealed the inner workings of my mind through the actions of Tyrus.

Out of all the weapons and/or gifts that your characters possess or acquire in Orrleth, which would you like to have, personally?

TM: Out of all the curious and magical devices and things in Orrleth, I would definitely have to grab Frostsinger if I had the chance.  A frozen blade of purest white, light and biting as the winter air, and filled with the intelligence of song—I couldn’t think of anything I’d rather want, especially with what comes bound to the sword.  Even so, there is more to Frostsinger than has been revealed.  The aesthetics and properties are just the beginning.

How long have you wanted to be a writer?

TM: I never wanted to be a writer until about two years ago, when I had my dream that set the foundation for the Orrleth universe.  Writing was always enjoyable for me, but I never envisioned myself to do anything with it past graduation.  Let’s just say that a lot can change when you find a new passion.

TM: I think that the most important thing to learn is that if you want to be an author, don’t dabble in it.  If you want something to be published, you don’t write here and there as you please.  Make a schedule with set quota for the day and stick to it.  Sporadic, infrequent progress isn’t real progress.  Continued endeavors will yield a complete work in a more timely manner.  For example, I had a bare minimum of 1,000 words a day.  If things weren’t going the best, I would stop there, but if it was a really good day, I would write until I needed sleep.  If you want to write, make room for it and let it consume you.

Please post/send me some questions for following interviews.  There are copious amounts of secrets in the world of Orrleth.  Suspicions often lead to truth.